How To Write Letter To Principal

How To Write Letter To Principal 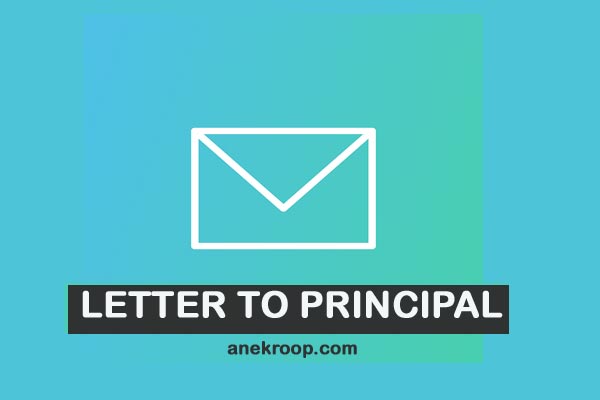 LETTER TO PRINCIPAL FOR ADMISSION

I want to get my son Shushil admitted in class X1 in your college. He has passed High School Examination of the U.P. Board as a regular student of R.M. Inter College, Shikohabad in first division with distinction in three subject : Science, Biology and English. I request you that he may kindly be admitted. His transfer certificate and character certificate from the college last attended are being attached with the application.

LETTER TO PRINCIPAL FOR CHARACTER CERTIFICATE

I am in search of a job for which I am in need of character certificate. I would, therefore, request you to issue the same. I wish to submit the following details for your ready reference.

I was student of your college from July 1998 to June 2002. In July 1998, I was admitted in B.A. Part I and passed M.A. (Econ.) in First Division in 2002. I was captain of the college  hockey team for the year 2001-02 and represented the college in Football at the University tournaments in 2001-02. I also took active part in debates organised by the cultural  association of the college and was awarded the Gold Medal for the best speaker. May I request you, sir, to issue the character certificate asked for at your earliest possible.

APPLICATION FOR LEAVE ON GROUNDS OF SICKNESS

My son, Purshottam, who is studying in class X1 in your college, has suddenly fallen ill. The doctors have diagnosed malaria and have advised him complete rest for a fortnight. I, therefore, request you to grant him leave of absence from college for fifteen days i.e., from 2-9-2022 to 17-9-2022 Medical certificate is enclosed.
Yours faithfully
M.M. Singh
Download this letter-

.
application for leave on grounds of sickness

APPLICATION FOR THE SCHOOL LEAVING CERTIFICATE

I have been transferred to Agra and I am leaving Firozabad for good. My son Rashid is studying in your college in the 7th class. I request you to issue him the school leaving certificate. I am sending fee for the current month through Anand.

Certified that Mr. Navin Gupta, S/o Sri P.L. Gupta has been a student of this college from 1998-002. He passed M.A. (Econ.) examination of the university from this college in Ist  division in 2002.
Mr. Navin Gupta bears a good moral character and to the best of my knowledge and belief he did not take part in the any activity subversive of law and order.

Mr. Gupta is a good sportsman. He captained the college hockey team during 1998-2002 and also represented the college in 1998-2002 at the university tournament in Football. He was also awarded the Gold Medal for the best speaker the same year.

My son Arvind Kumar is studying in class X1 in your college. He is an intelligent and diligent boy and has always shown bright record in every examination. He passed the High School Examination in 1st division with distinction in two subjects. I am a man of meager means drawing salary of Rs. 8500/- per month and having the burden of education of three other children. I find it hard to meet the minimum household expenses. I am, therefore, not in a position to pay the college fee for my son. Would you be kind enough to grant him full concession in fee ? I shall remain highly obliged to you for this.

My son Sushil has passed the High School examination of the U.P. Board in first division and with distinction in three subjects : Science, Biology and English. My son was a regular student of R.N. Inter College, Shikohabad. But since I have been transferred from that place to this place, we had to withdraw him from there. By now we are certainly quite late because as I think admissions are completed by the end of July. Kindly let me know whether a vacancy exists in your college for the admission of my son in ClassX1 or whether you can arrange to favour him with admission by your special powers even if the seats are filled.

Please send me any other particulars which you think I should submit for obtaining his
admission.

Dear Sir
It is to inform you that your ward Brij Mohan B.A. (I) has fallen short of his attendance in English Literature and Economics. If he does not make up the shortage by the 3rd week of February, he is likely to be detained from appearing at the annual examination as per existing rules of the University